What did Moscow look like before the fire of 1812? Alekseev’s paintings

What did Moscow look like before the fire of 1812? Alekseev’s paintings 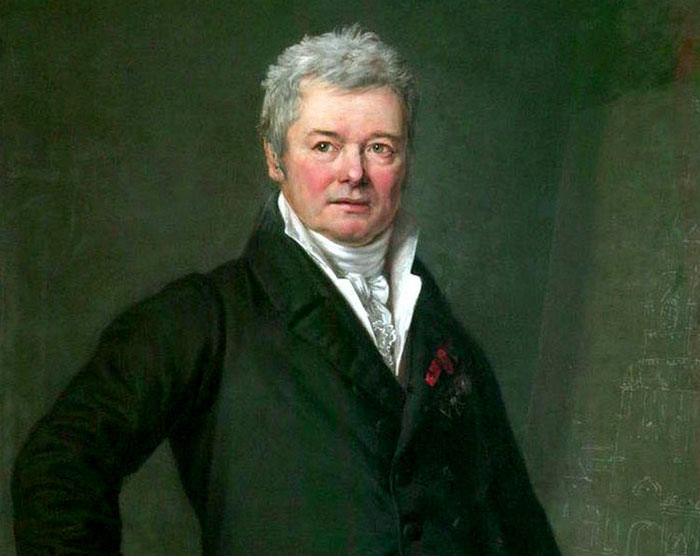 At the beginning of the 19th century, on the personal instructions of the Russian Emperor Paul I, the famous Russian artist, “an excellent perspectivist”, as they said then, and the founder of the Russian school of urban landscape Fyodor Yakovlevich Alekseev, “in order to write off” the Mother See as a keepsake for future generations, arrived in Moscow.

This was due, in particular, to the fact that the territory of the Kremlin at that time was cleared of old structures, in the place of which new squares arose or new buildings were erected, for example, the building of the Armory . 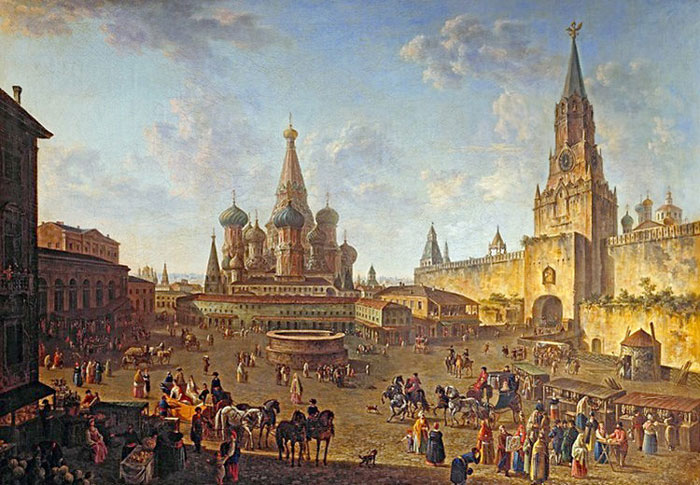 Alekseev stayed in Moscow for about a year and a half, having made many sketches during this time, on the basis of which, already in St. Petersburg, he wrote canvases.

It should be noted that the works of the Russian painter were in great, if not huge, demand. He painted some of the most popular canvases for clients not once (“The Red Porch”, “The Savior Behind the Golden Bars” and especially “View of the Kremlin” from the side of the Stone Bridge). 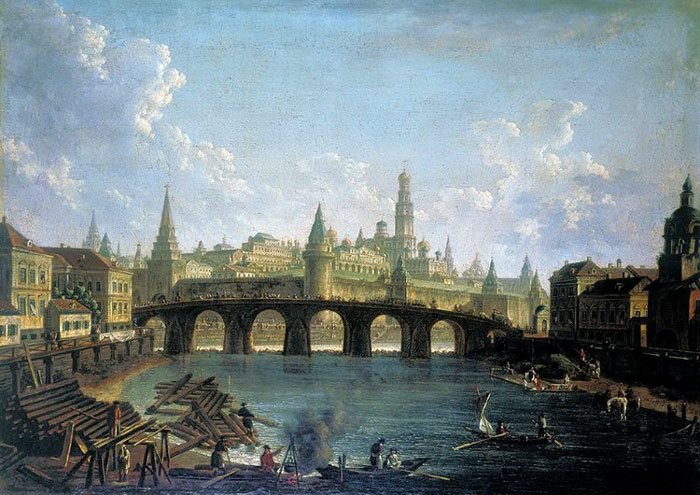 View of the Kremlin and Bolshoi Kamenny Bridge

We were surprised by the prices for his paintings!

So, if the cost of a landscape painting was quite decent at that time was about 200 rubles, then Alekseev took several times more for his canvases. So, “View of the Kremlin” was sold to the British for 2800, and for the “Kremlin” the Russian Emperor Alexander I paid … 3000! 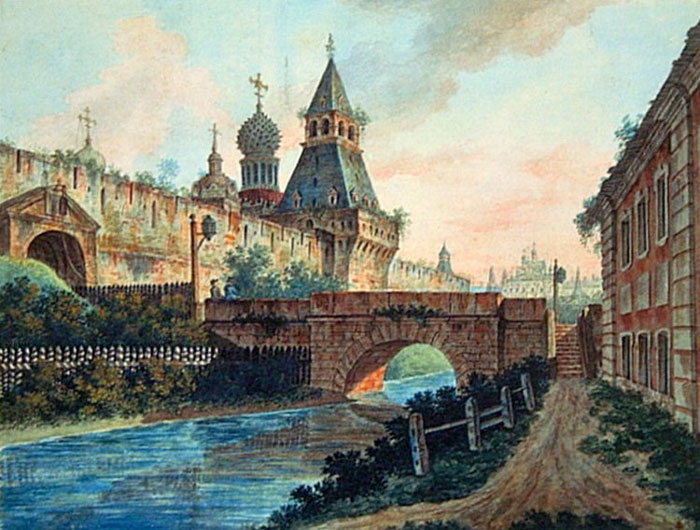 Before viewing the paintings – the landscapes of Moscow at the beginning of the 19th century – we note that Fyodor Yakovlevich Alekseev did not paint pictures with strict accuracy, and therefore the objects displayed in the paintings may be deprived of their actual proportions.

And yet, looking at his work – the views of old Moscow – is a pleasure!https: 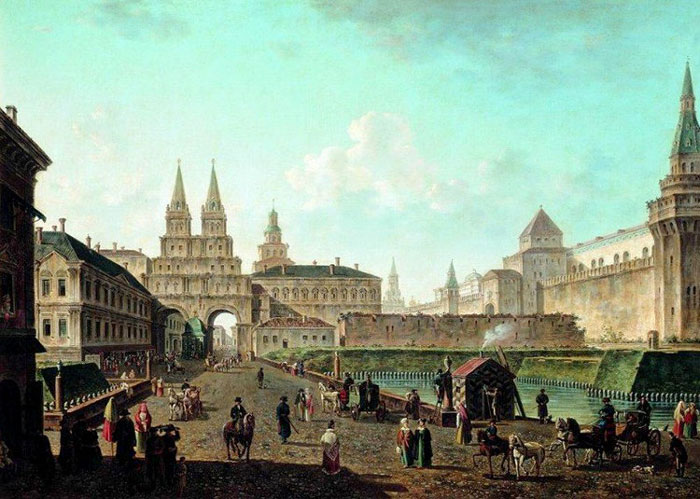 Resurrection Gate , Neglinny Bridge and Nikolsky Gate of the Kremlin from Tverskaya Street 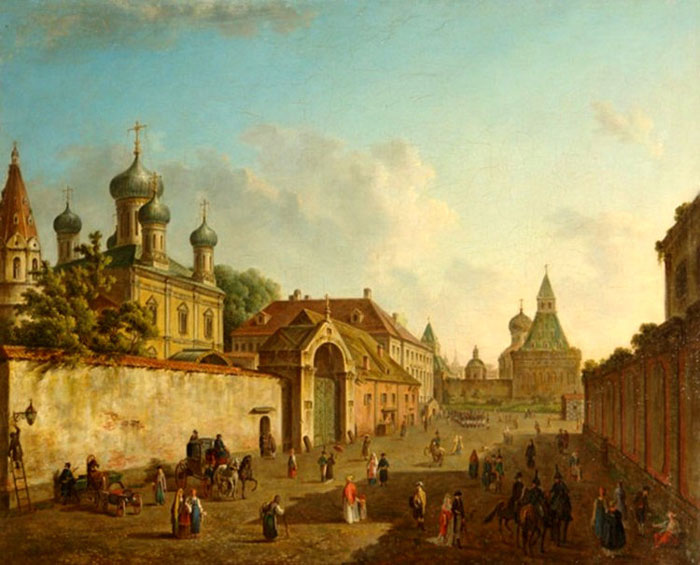 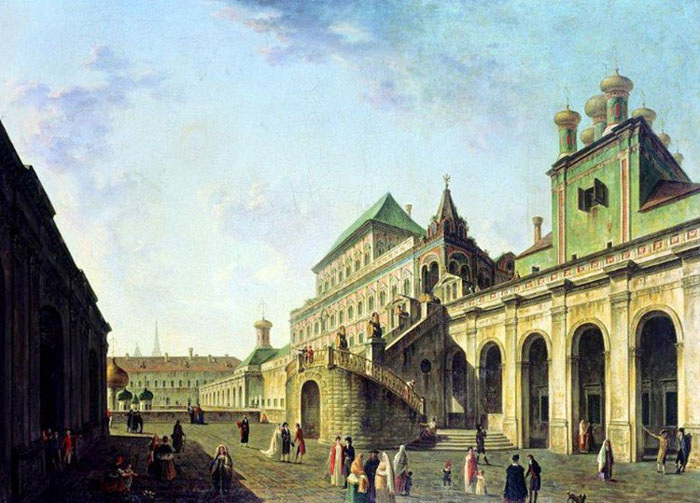 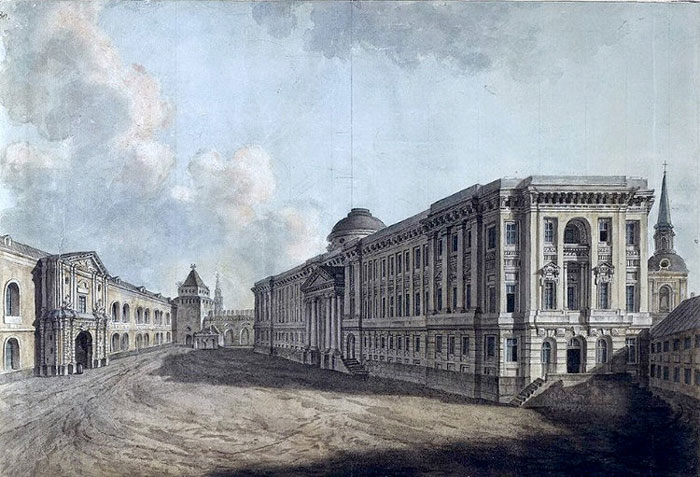 View of the Senate , Arsenal and Nikolsky Gate 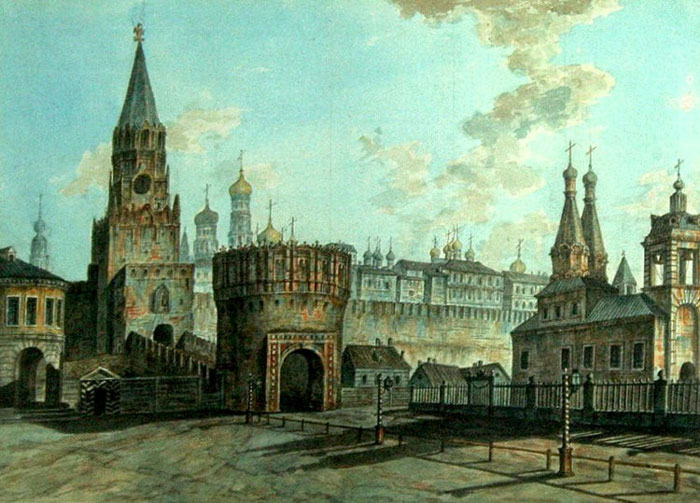 Troitskaya and Kutafya towers of the Moscow Kremlin. On the right side – the Church of St. Nicholas in Sapozhka 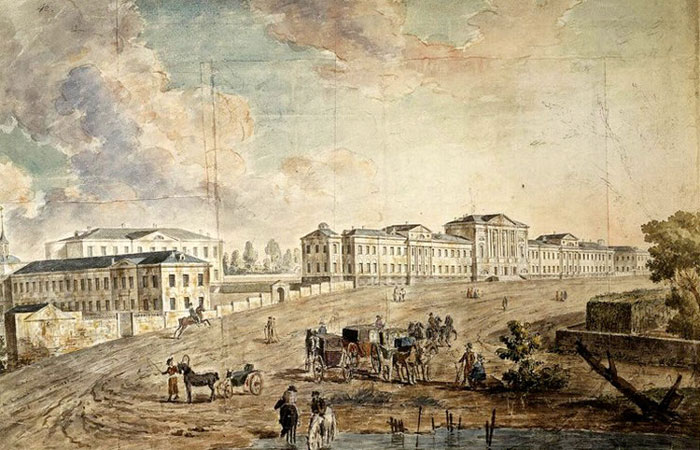 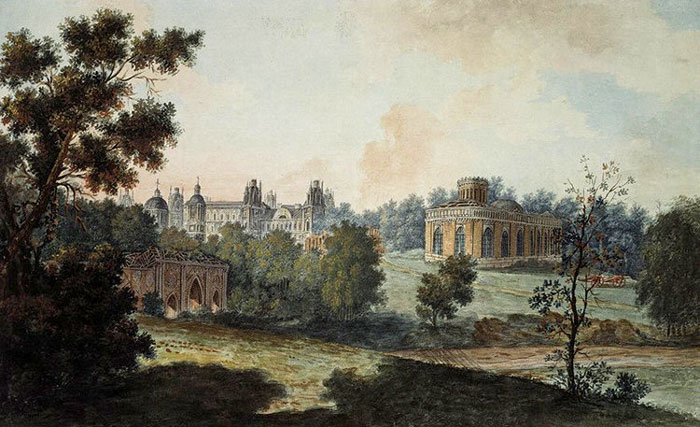 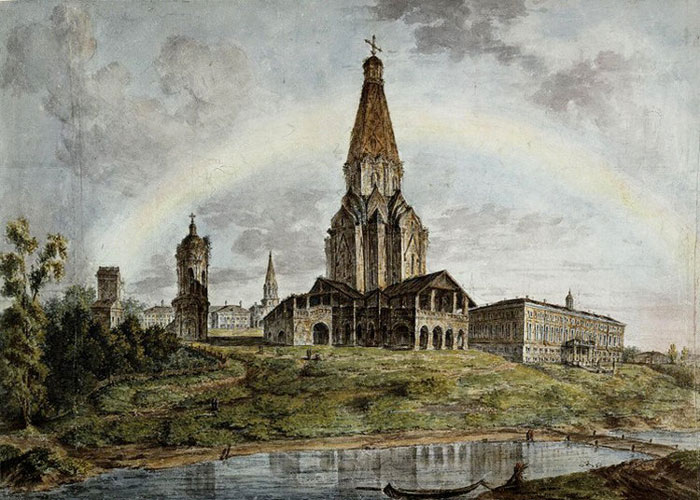 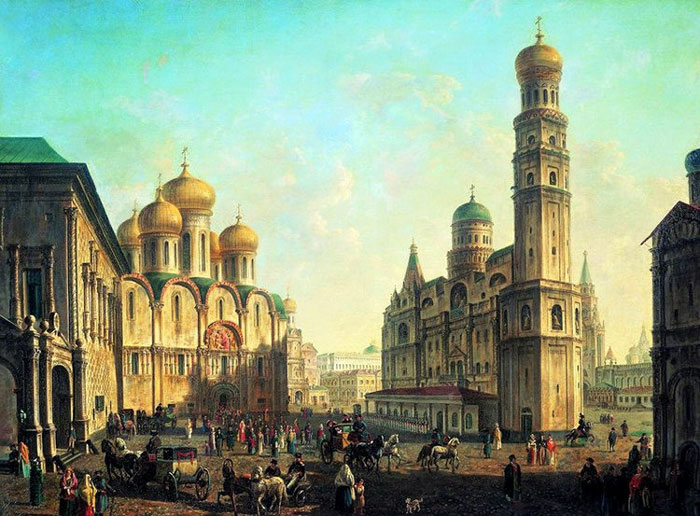 Cathedral Square. Cathedral of the Assumption and the Bell Tower of Ivan the Great 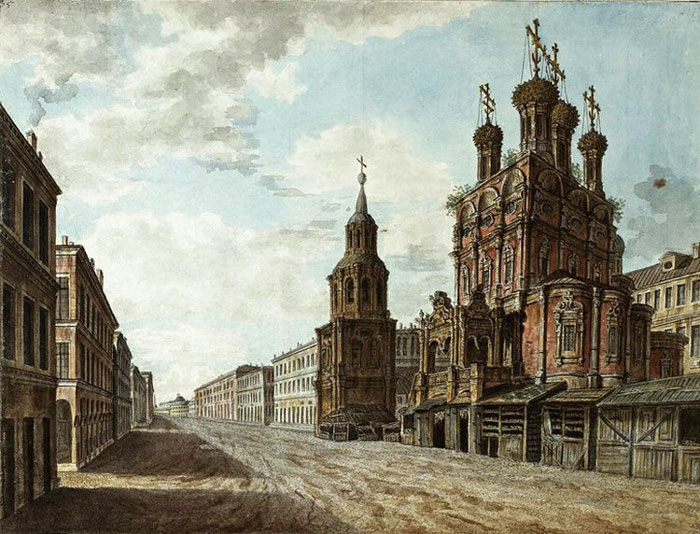 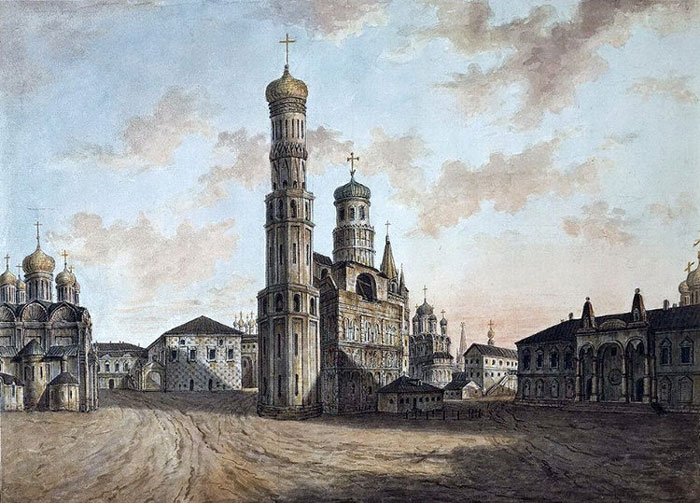 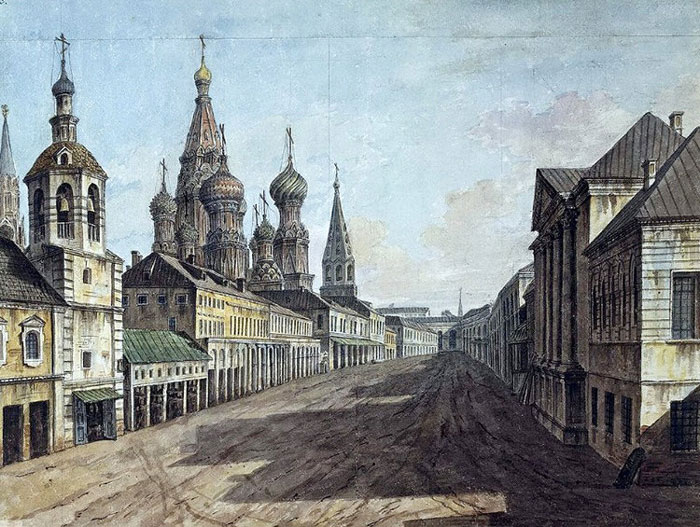 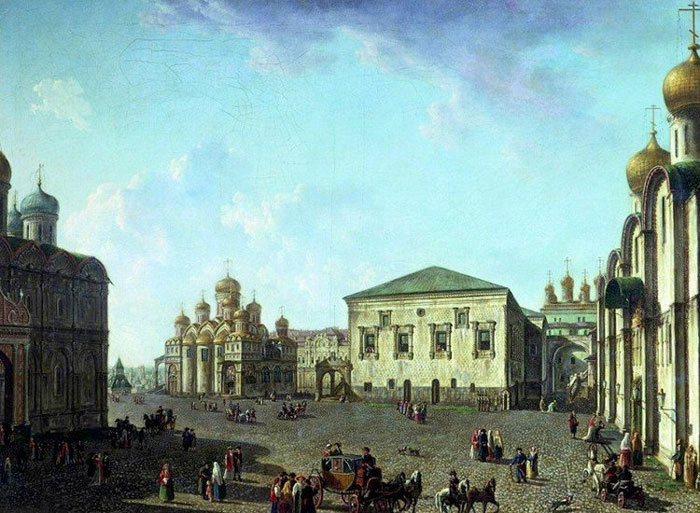 Square in front of the Assumption Cathedral in the Kremlin 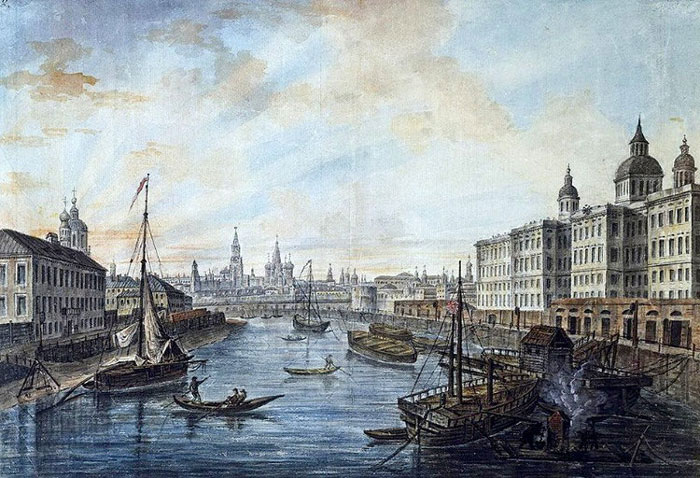 View of the Orphanage and the Kremlin 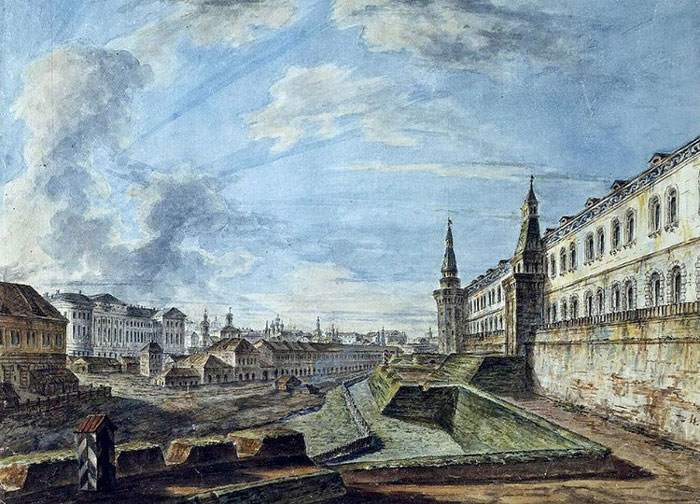 View from the Trinity Gate of the Kremlin 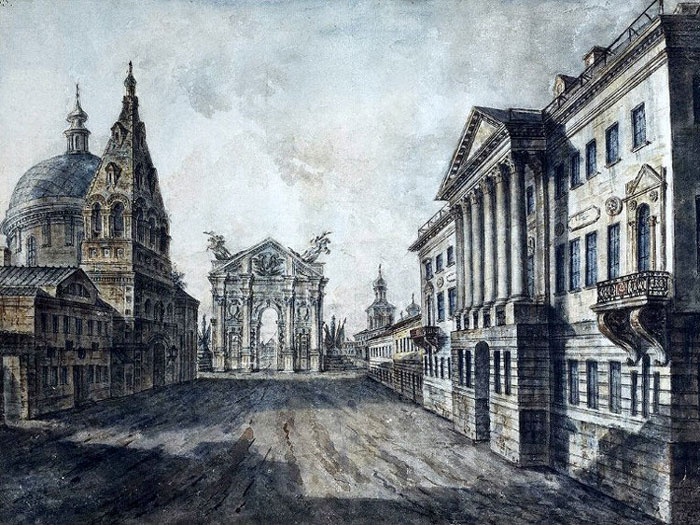 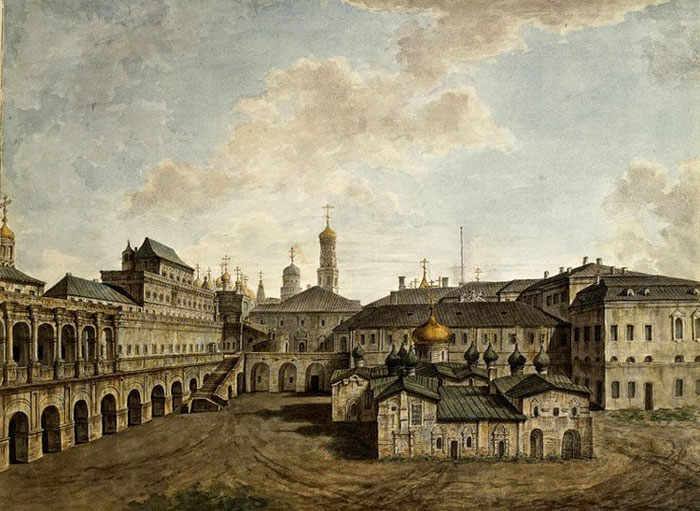 Terem Palace and the Cathedral of the Savior on Bor 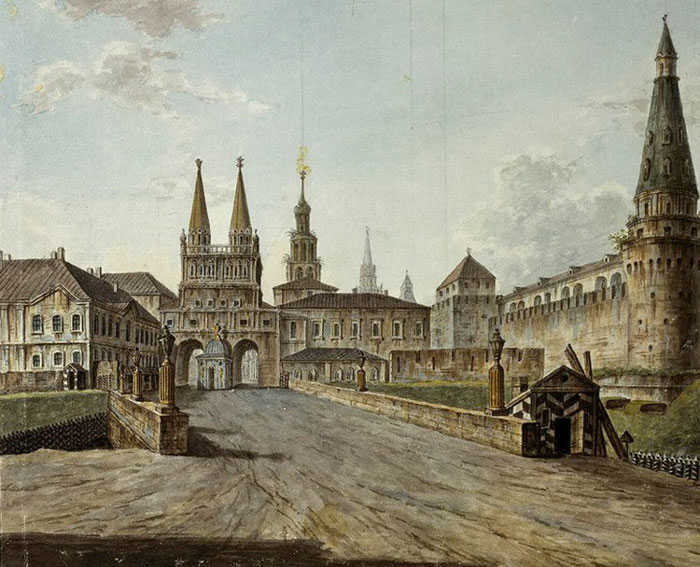 View of the Iberian Gate

Thanks to these works of the artist Fyodor Yakovlevich Alekseev, we can imagine Moscow as it was before the fire of 1812 .

What did the sign “FREEDOM FROM STANDING” mean on Moscow houses?

The 850 m2 penthouse measures has spectacular views of the Moscow skyline, at the top of one of the two towers of Capital Group, the holding company of the developer Vladislav Doronin, indicated as the ‘king’ of Russian real estate by Forbes. The building itself was designed by the American firm Skidmore, Owings & Merrill.
Continue reading
by russkyhome

What did the sign “FREEDOM FROM STANDING” mean on Moscow houses?

To answer the question, let's fast forward a couple of centuries ago, when in Russia there was a compulsory fixed-term or apartment service.
Continue reading
by russkyhome

Stalin's skyscraper, in which the main building of Moscow State University is located, was considered the tallest building in Moscow until 2006. Its height together with the spire is 240 meters.
Continue reading
by russkyhome

Please enter your username or email address. You will receive a link to create a new password via email.